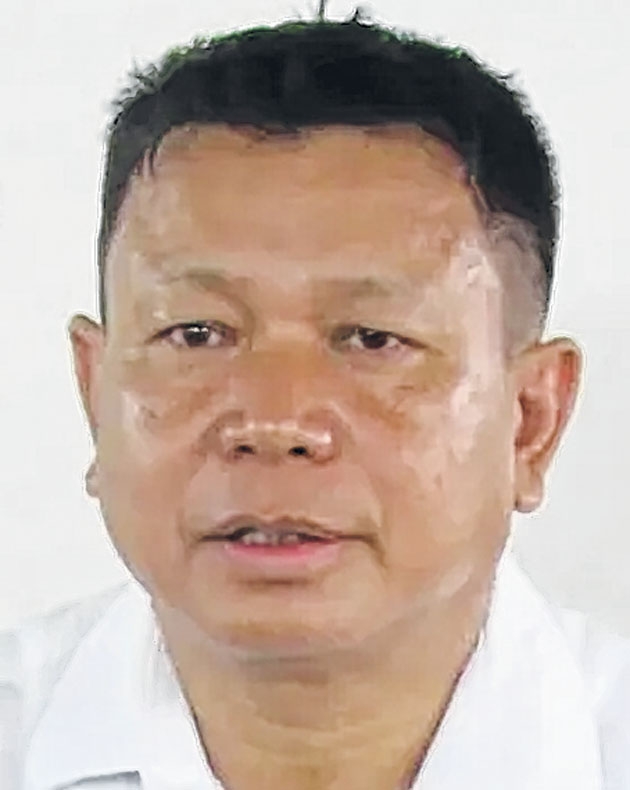 By Our Staff Reporter
IMPHAL, Sep 13: Chief Judicial Magistrate, Imphal West today took cognizance and directed OC Imphal Police Station to carry out an inquiry and submit report before the Court on or before October 4 in connection with a defamation suit filed by MLA of Thangmeiband Assembly Constituency Khumukcham Joykisan against five media persons including the publisher of The Statesman.
The defamation suit was filed against Statesman Editor Ravindra Kumar, Statesman Publisher Sandeep Kumar Agarwal, Senior Correspondent Statesman Yambem Laba and Editors of two local cable TV networks.
The complaint was filed under section 190 of the CrPC 1973 praying for taking cognizance of the offence punishable under sections 500 and 34 IPC.
The Court heard the submission of the complainant’s counsel who stated that the complainant (Kh Joykisan) is an elected MLA of Thangmeiband AC and has been discharging his duties as enshrined in the Constitution of India and in compliance with other laws enforced in the State as well as within the country.
On the verge of the end of the 11th Legislative Assembly, the complainant left BJP and joined Congress I and contested the election on Congress I ticket and won the election.
An article written by Special Correspondent Yambem Laba was published in the Statesman on August 2, 2021 with the caption ‘Shifting sands of Manipur Politics’ wherein under paragraph number 10 it was stated that “the same goes with Joykisan who was elected on a BJP ticket prior to the 2017 election and would have been Chief Ministerial candidate for the last election but was lured by O Ibobi to switch to the Congress after reportedly being paid Rs 3 crore.
“He won on Congress party ticket then but is again seeking greener pastures, knowing the predicament of contesting election on an Opposition ticket as the price of vote had reportedly been Rs two thousand last time and is expecting to touch a record Rs 5 thousand next year. The BJP bigwigs though are apparently not happy with the way he had ditched the party in 2016”.
It was further submitted that the statement made by Yambem Laba was highly defamatory.
On August 7, a panel discussion was conducted by a local cable TV network on the topic ‘Congress versus Yambem Laba’ wherein Yambem Laba as well Hareshwar Goshwami, spokesperson of Congress I took part as panellists and in the said discussion, Yambem Laba boldly stated that there is concrete evidence for the statement he made/published in the particular newspaper and he would face any consequences arising out of the same statement.
Hareshwar Goshwami raised strong objection to the statement made by Yambem Laba. However Yambem Laba refused to change his statement by saying that he has concrete evidence for the same.
A similar panel discussion programme was hosted by another local cable TV network on the same day wherein the same panellists took part. There too Yambem Laba made more or less a similar statement.
Yambem Laba also stated that the matter/issue may be solved as and when the same is clarified either by the complainant or from the side of then Chief Minister O Ibobi.
After hearing the facts and perusing the available materials, the Court observed that there exist some material for proceeding with the case.
Hence the Court took cognizance of the complaint case under section 500 and 34 IPC against all of them.
Subsequently, the Court directed OC Imphal Police Station to conduct a thorough inquiry and submit a report on or before October 4 and fixed the same day for report hearing and further proceeding.