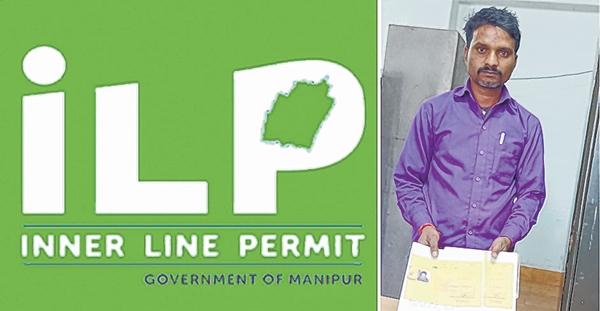 Mungchan Zimik
UKHRUL, Nov 13: As many as 217 ILP defaulters were arrested in Ukhrul district last month while the district administration, since 2020 has issued a total of 1,286 permits.
The Inner Line Permit System was enforced in Manipur in December 2019.
An officer in-charge of issuing the Inner Line Permit said, since 2020 till today, the district administration has issued a total of 1,286 permits and at present 200 freshers have applied for the permit through online registration.
The officer informed that over 329 ILP regular permits have been renewed this year while 34 persons have obtained temporary permits this month.
A fresh applicant is charged Rs 500 for the Inner Line Permit while Rs 1,000 is charged for a renewal.
Most of the people who registered for the permit in the district are migrant workers-masons, carpenters and daily wage earners.
The officer said, extra caution is taken when issuing ILP Special Permit to those who had stayed here more than 3-4 years. ILP seekers are sponsored by their respective landlords, and they have to submit no objection certificate of Ukhrul Police along with their Aadhaar cards and passport photos to the office for obtaining the permits. The office is open 24x7, however shortage of staff is the main reason for delay in the execution of the work.
At present, there are only three officials working in the ILP section. Ukhrul DC office should have at least 10 clerical staff for smooth execution of the office work, said the officer.
Notably, during October last month alone, Ukhrul police detected as many as 217 ILP defaulters during drives it conducted. All of them were arrested and produced before the Court for taking up summary proceedings against them.
The Court had also fined each of them Rs 500 and gave 1 month time for renewal of their expired permits or to  pursue for new permits. Most of the migrant workers hail from the State of Bihar, Assam and Rajasthan.
There are two ILP counters opened at Ukhrul district, one at the DC office Hamleikhong and another at Jessami village.