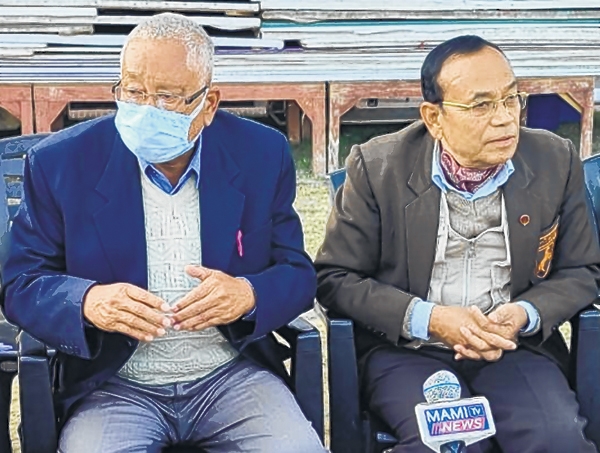 By Our Staff Reporter
IMPHAL, Nov 17 : The 14th International Polo Tournament is all set to return after a gap of two years and with the participation of six teams including teams from abroad this month.
The tournament is being organised by the Manipur Government in association with  Manipur Horse Riding & Polo Association (MHR&PA) as part of the Sangai Festival at Mapal Kangjeibung.
Addressing the media at Mapal Kangjeibung today, MHR&PA technical chairman cum organising chairman of the international polo tournament N Bedajit said that Chief Minister N Biren Singh will inaugurate the tournament on November 22 as part of  the Sangai Festival.
Saying that the United States of America (USA) and United Kingdom (UK) have confirmed their participation in the polo tournament and their players will land in  Imphal soon, Bedajit continued that the Indian Navy, IPA and Manipur team will also participate in the tournament.
He went on to state that either South Africa or Singapore may also participate in the tournament to complete the line up.
Bedajit further stated that the participating teams will club into two groups and the best two will advance to semifinals.
Maintaining that restoration work of the venue is underway to conduct the tournament successfully, Bedajit stated that there, however, is some difficulties in the  maintenance work.
While thanking the State Government for lending support in organising the tournament, Bedajit appealed to the people to extend support in organising the event.
Reportedly, SBI, ONGC and Oil India are some of the notable sponsors of the tournament which will be held from November 22 to 29 at Mapal Kangjeibung.
Publicity chairman of the polo tournament N Tombiraj also attended the press briefing.