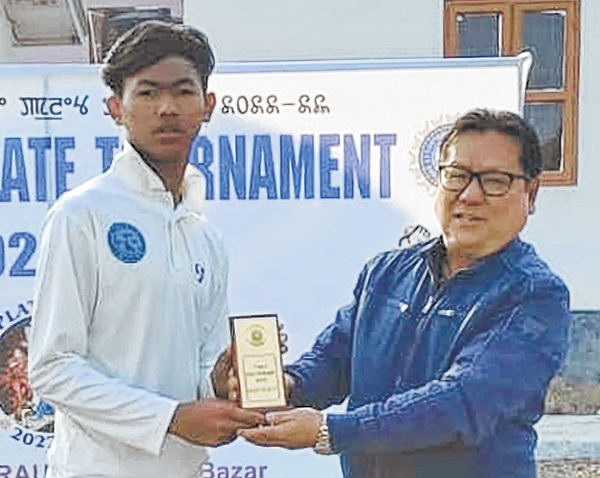 By Our Staff Reporter
IMPHAL, Dec 29 : OSCAR Paona Bazar picked up their first win of the 7th MNCA Plate Tournament 2022-23 after  defeating SDC Laipham Khunou in Group B encounter by 44 runs today.
The Laipham Khunou side which won the toss and opted to field first bundled out OSCAR for 140 in 30.1 overs.
OSCAR struggled to make runs in the beginning of the match as they lost four wickets and it was their middle and late order bastmen who smashed some boundaries and set a target of 140 in 30.1 overs. The top scorers of OSCAR were Robin Irengbam (23 off 39 balls) and Nongmaithem Bijendro Singh  (22 off 26 balls) while Donny of SDC took the highest wickets (4) in the match. SDC failed to chase the target as they lost all their wickets in 24.3 overs with 44 runs short to take home the win.
Boocker Thangjam of OSCAR  was declared man of the match.