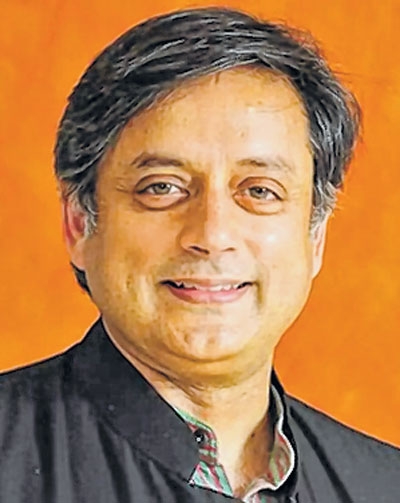 New Delhi, Mar 10
As the Congress loses all five State Assembly elections by humiliating margins, Thiruvananthapuram MP Shashi Tharoor on Thursday called for a reform in the organisational leadership of the party.
In a series of tweets, Tharoor, who is also a G-23 member, said that all of the Congress leaders who believe in the Indian National Congress are hurting from the results of the recent Assembly elections.
“It is time to reaffirm the idea of India that the Congress has stood for and the positive agenda it offers the Nation—and to reform our organisational leadership in a manner that will reignite those ideas and inspire the people,” he said.
“One thing is clear–Change is unavoidable if we need to succeed,” he added.
Meanwhile, the Congress group of 23 leaders (G-23) will convene a meeting in the next 48 hours.
“Upset with results and rapid decline of Congress in the recent Assembly elections, G-23 leaders to convene meet in the next 48 hours,” a senior leader told ANI on the condition of anonymity.
The Congress lost Punjab to the Aam Aadmi Party (AAP) and was unable to come to power in Goa, Uttarakhand, Uttar Pradesh and Manipur.
The party has decided to convene a Congress Working Committee meeting soon to introspect the results, said Congress general secretary Randeep Singh Surjewala on Thursday.
Reacting to the trends of the poll results, Congress leader Rahul Gandhi said that he humbly accept the people’s verdict adding that the party will learn from it.
“Humbly accept the people’s verdict. Best wishes to those who have won the mandate. My gratitude to all Congress workers and volunteers for their hard work and dedication. We will learn from this and keep working for the interests of the people of India,” Rahul Gandhi tweeted.
In 2020, Congress’ groups of 23 leaders (G-23) had written a letter to Sonia Gandhi demanding a slew of organizational reforms including elections for CWC members, its president and for the party’s Parliamentary Board.
G-23 members have on several occasions raised their issues, creating a storm within the party.  ANI