Thrust given to coal exploration in NE 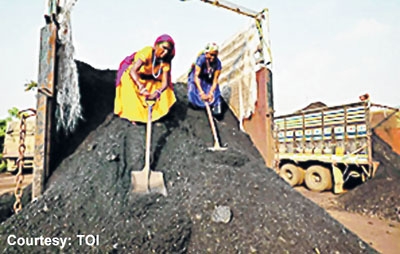 Guwahati, Mar 13
As sporadic coal mining remains the biggest hurdle in streamlining coal exploration in the North East, the Union Coal Ministry has initiated the process of expediting organized coal extraction by roping in private parties.
Of the 50 identified coal blocks in the region, Coal Ministry officials said the two newest coal blocks identified are in Lushai Chera and Rotlang in Mizoram, where regional-level exploration is set to begin soon. In two other coal blocks, Namchik East and Namchik West in Arunachal Pradesh, it has reached a further advanced stage and detailed exploration is being done so that mining can be taken up.
“Tendering process for Lushai Chera, Rotlang, Namchik East and Namchik West are going on and we are hopeful that coal extraction from these blocks will begin without any further hurdles,” Chief Manager (geology) at the Central Mine Planning and Design Institute (CMPDI), Rajiva Singh, told TOI. Out of the identified 50 coal blocks in the North East, 10 are in Assam. In six North Eastern States, there are 70 existing coal fields.
TOI