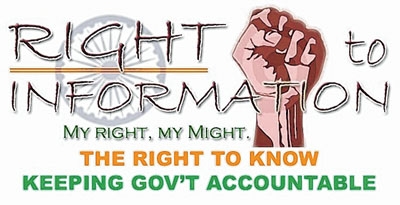 NEW DELHI, Mar 5
There was an 83% increase in rejection of Right to Informa-tion (RTI) applications on the grounds of “national secu-rity” by the Central Govern- ment ministries during 2020-21 even though the overall rejection rate went down by 2.95%, revealed an analysis of the RTI applications.
Venkatesh Nayak of Commonwealth Human Rights Initiative (CHRI), a human rights campaign body, analysed the reasons for rejection of RTI applications in over 2,182 depart- ments that fall under different Central Government ministries. Every ministry has to submit the annual status on RTI applications filed to the Central Information Commission (CIC).
In 2019-20, the Central Government ministries and departments received 1.29 million RTI applications, which was 2.48% lesser than the previous financial year. In the country, 13.3 million RTI applications were received in this period, according to CIC. Highest increase in RTI applications were received by the ministries of health and steel.
Out of the 53,537 applications rejected, 1,024 RTI applications were on the grounds of National security as compared to 557 the previous year, according to the analysis.
Nayak said although the overall rejection rate had fallen, the Government increasingly used clause 8 (1) a of the RTI Act (exemption to provide information that can impinge national security) to reject RTI applications. “Even the Ministry of Consumer Affairs rejected 401 applications in the pandemic year invoking National security exemption,” he said, terming it to be a disturbing trend.
The Ministry of Labour and Employment used another provision related to seeking information about intelligence and security agencies to reject RTI applications. This was despite no security or intelligence agency coming under the ambit of the ministry. Section 24 of the RTI Act provides that information except related to corruption cannot be asked from security authorities listed under the schedule of the law.
“The Ministry of Health and Family Welfare, the Ministry of Consumer Affairs and Public Distribution are notable ministries to invoke the National security exemption in hundreds of cases during the pandemic year to deny information,” Nayak said.
However, like previous years, the biggest reason for rejection of RTI applications continued to be section 8 (1) J, which prohibits providing personal informa- tion. About 12,000 applications were rejected on this ground in 2019-20.
“Most of such applications are related to infor- mation about service and inquiry against Government officials,” said RTI activist Subhash Aggarwal.
According to the RTI Act, once the RTI application is rejected, the applicant can file an appeal with the first appellate authority, which is a senior officer in the ministry or the department, where the application is filed. In case of not satisfied with the order of the first appellate, second appeal can be filed with the transparency watchdog, the CIC.
The analysis found that there was fall in rejections by seven ministries such as Finance, Defence, Personnel and Education.
However, there were several other ministries such as steel, external affairs, railways and health and family welfare which saw a substantial increase in rejections of the RTI applications.
In the case of some ministries such as steel and consumer affairs, the high rejection rate, was primarily due to very less rejections the previous year, the analysis found.
Anjali Bhardwaj of National Campaign for Right to Information said using security provisions for denying information to people by authorities, which are directly not dealing with national security issues, clearly shows reluctance to share information. “This is a way to prevent people from filing RTI applications on important subjects,” she said.
Courtesy Hindustan Times