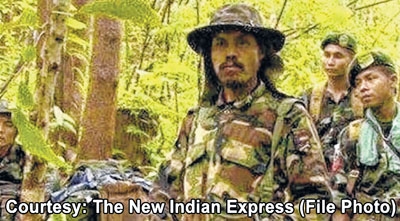 GUWAHATI, Apr 12
The chief of the Khaplang faction of the National Socialist Council of Nagaland, or NSCN (K), has said a solution to the “Indo-Naga political issue” would be possible if all the Naga political groups come together with a common draft.
New Delhi has been holding peace parleys simultaneously with the Isak-Muivah faction of the NSCN, or NSCN (IM), and the Naga National Political Groups (NNPGs) comprising at least seven other extremist groups, including the NSCN (K).
The peace process has been stuck on the issues of a separate flag and separate Constitution insisted upon by the NSCN (IM). The NNPGs do not have these preconditions.
The Centre had signed the Framework Agreement with the NSCN (IM) in August 2015 and the Agreed Position with the NNPGs in November 2017.
“An early solution will depend on whether it will be based on the Framework Agreement or the Agreed Position,” NSCN (K) president Niki Sumi told the Nagaland Post, adding that the desired solution would be possible if the NSCN (IM) and the NNPGs come up with an inclusive common draft.
“If all the entities are really fighting for the betterment of the Nagas, they should come together to usher in a solution the Nagas require. The Government of India is unlikely to take steps if the Nagas do not voice their desire as one,” he said.
Mr Sumi’s view attains significance ahead of the visit of a delegation of Nagaland MLAs to Delhi to meet Union Ministers and Central leaders of various political parties. The delegation led by Chief Minister Neiphiu Rio and his predecessor TR Zeliang is expected to push for the formulation of a solution to the vexed Naga political issue at the earliest.
Mr Rio is said to have said at a meeting of the Parliamentary Committee of the Nagaland Assembly on Saturday that it would be difficult for the political parties to approach the 2023 State polls without anything to show on the “Naga political issue” front.  The Hindu