|
Meghachandra Kongbam
“He sold his own saleable properties and even mortgaged his homestead property. He left a Government job.   If the Brojendragi Luhongba was made in a studio, it could be completed early and marked as the first Manipuri film. But SN Chand didn’t like the studio made film. He strongly believed in the realistic approach of the New Indian Cinema movement while making his first film” 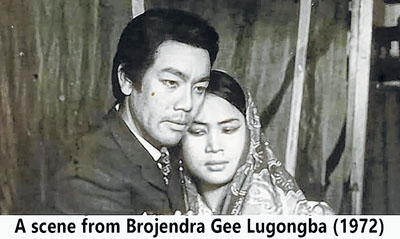