|
Kakai Singsit
As I was scouring the internet about a landmark Supreme Court judgement germane to AFSPA I stumbled across our inimitable Irom Sharmila as poignancy invaded my thought and contrition smothered me. This icon once a household name has suddenly disappeared from our collective psyche after the political humiliations that were bestowed on her in the year 2017. It was disheartening to come across the flurry of invectives made in both National and international media towards the people of Manipur pillorying us for transforming this international icon into a persona non grata. I think it was well deserved tirades. 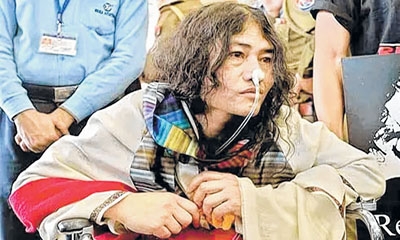