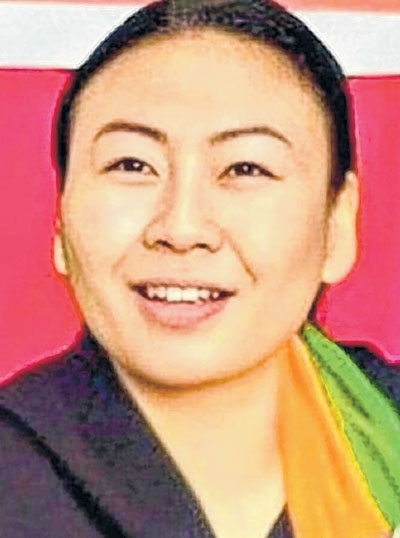 KOHIMA, Apr 7
As the first woman Rajya Sabha member from Nagaland, S Phangnon Konyak predictably generated plenty of interest when she took oath in Parliament on April 4. The president of the BJP Nagaland Mahila Morcha, who stood as the consensus candidate of the State’s ruling United Democratic Alliance (UDA), was elected unopposed. Speaking exclusively to News18, Konyak shared her thoughts on the key issues of Nagaland that she plans to raise in Parliament, the vexing problem of insurgency, and next year’s Assembly elections. Edited excerpts:
How did it feel when you took oath wearing a traditional Naga dress ?
For me, it was a great feeling. I was feeling proud of my State. I was wearing my motherland’s traditional dress and attire. My dress and my culture gave me the strength to take the oath.
How are you getting support from others ?
My party seniors are helping me immensely. This responsibility puts huge pressure on me. Everybody has hopes for me… leaders, colleagues…I have to perform to keep up with everyone’s expectations.
What issues of Nagaland will you raise in Parliament ?
Many issues of Nagaland are there. People have huge aspirations for this Government, and I will highlight their needs. I will stress on the scope of development and will also raise what new can be done.
Nagaland insurgency has always been a problem. How will you address this ?
The Government is looking into the matter. The BJP has been very serious about issues of the North East. Nagaland has its unique history and culture; all of this has been taken into consideration. Negotiations for peace are round the corner. Everyone wants a peaceful solution. Things will be in the right place soon.
Next year there will be elections in Nagaland. What are your expectations ?
The BJP will do well. Nagaland has never had a woman legislator. This year, I will put in full effort so that at least women get tickets and we get one on-ground woman representative from Nagaland.
What’s your take on the Oting village firing incident? You are from the same tribe and village…
It’s a mere coincidence that I come from the same village and tribe. The incident where common people got killed is very unfortunate. The Government has formed a committee, a special investigation team (SIT). They will submit their report soon. Community leaders also have placed their demands before the Govt. Let’s see. News18