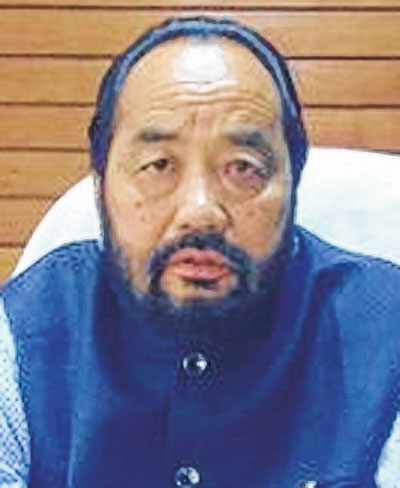 NEW DELHI, May 18
The stalemate over the National Socialist Council of Nagaland (Isak-Muivah)’s controversial demand for a separate Flag and Constitution as part of the Naga peace process “must end” and “there must be a breakthrough” before the March 2023 Assembly polls, Nagaland’s Deputy Chief Minister Yanthungo Patton said on Tuesday.
Speaking to TNIE before a crucial meeting with former Intelligence Bureau Special Director AK Mishra, the Centre’s Interlocutor for the Naga peace process, Patton said, “We all hope for the best that a breakthrough is achieved before the polls.”
Otherwise, the peace process could suffer a setback, said Patton, who is in Delhi along with Chief Minister Neiphiu Rio and other State leaders in an effort to break the logjam created by the NSCN (IM)’s demands.
“It’s been 25 years since the 1997 ceasefire between the NSCN (IM) and the Centre. The Government, too, must take steps to settle this issue as Nagaland will go to polls in 10 months,” Patton said.
Asked if the NSCN (IM)’s inflexible position on a separate Flag and Constitution could push back a settlement, Patton said “only the issue of a separate Flag and Constitution stood in the way of “final inking” of peace agreement.
The New Indian Express