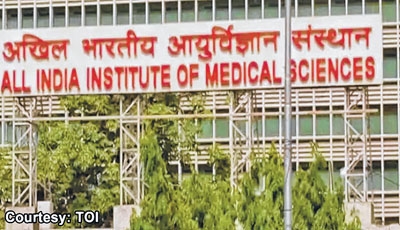 New Delhi, May 20
A six-year-old child who donated organs and saved the lives of five persons has become the youngest organ donor in the history of the All India Institute of Medical Sciences (AIIMS) here, senior AIIMS neurosurgeon Dr Deepak Gupta told IANS, adding there must be some memorial and monument in her name to raise awareness about organ donation.
The child, Roli Prajapati, was shot in her head after which she was rushed to the hospital. Soon, she went into coma, and then was referred to the AIIMS, Delhi. After some attempts to save the little girl, the doctors declared her brain dead.
Gupta and his team counselled her parents for organ donation that could save other lives. Her parents became ready to donate their daughter's organs which eventually saved five lives.
"Roli arrived at the hospital on April 27. She had a gunshot wound and a bullet was lodged in her brain. She arrived at the hospital in an almost brain dead condition. So, we talked to the family members," said Gupta. She was operated on April 30.
Lauding Roli's parents for donating her organs, Gupta said this is the finest example of saving lives.
Her name must be made memorable by constructing some memorial, monument, park or anything to raise awareness on this serious issue of organ donation," he said.
IANS