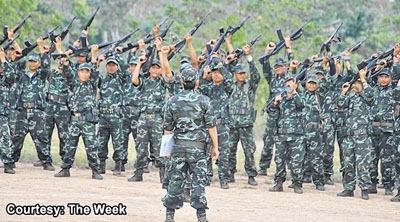 GUWAHATI, May 21
Stating that it is not opposed to an early solution to the protracted 'Naga political problem', the National Socialist Council of Nagalim or NSCN (IM) on Friday said people would get respite from multiple factions and illegal taxes once the issue is resolved.
"…The NSCN puts on record that it is never opposed to an early solution except to make it honorable and acceptable. We understand the pressing situation where people are overburdened with multiple factions and taxations and which can only see the end once early Naga solution materialises,” the extremist group said in a statement.
It comes a day after the Nagaland Government directed all concerned to ensure that all check gates, set up within the State by various groups, organisations, Government agencies, private individuals and others, are closed immediately. They are perceived to be the sources of illegal collection of money as 'taxes'.
Not just the insurgent groups, various organisations and groups collect the illegal taxes from people.
The NSCN (IM) alleged the splinter groups of the insurgents were created by the Central Government in order to burden the Nagas with the “sinister design to pull down Naga Nationalism”.
“However, the Naga settlement must be permanent and honorable as the Nagas cannot afford to make another mistake in accepting a settlement which does not guarantee a secured future of the Naga people as well as complete eradication of taxes in the name of Naga political struggle,” the NSCN (IM) said.
The outfit had expressed its resentment when the Centre, during its recent talks with the various Naga groups in New Delhi, had invited Congress veteran and former Chief Minister SC Jamir.
The NSCN (IM) on Friday said if the Government of India was interested in solving the intricate issue, it should avoid hobnobbing with Jamir “who no longer represents the voice of the Naga people”.
“The very person, who has vouched strongly to defend the interests of India rather than Naga people’s political interest, has no moral authority to speak for the Naga political rights as he doesn’t represent the Naga political interest anymore. This also goes against the essence of Indo-Naga political talks,” the outfit said.  New Indian Express