Low rain predicted in NE in next few days 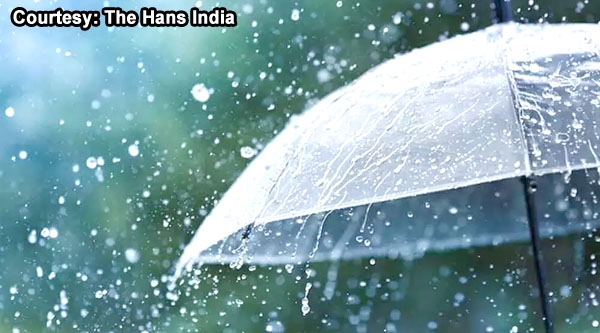 GUWAHATI, May 25
There will be no let off in rain in the coming days for the North East, as the region looks set to receive low to moderate showers in the coming weeks.
According to India Meteorological Department (IMD) report, a cyclonic circulation above North East India will swamp scattered to fairly widespread rains which will be of light to moderate intensity in Assam, Nagaland, Meghalaya, Manipur, Tripura, Mizoram and Sikkim for the next five days and beyond.
Arunachal Pradesh will also experience similar conditions for the coming week with isolated to scattered rainfall distribution.
The likelihood of severe thunderstorms is negligible, hence the IMD has not issued a weather advisory for the region. However, it is subject to change depending on the weather situation in the coming days.
Both Assam and Meghalaya recorded ‘large excess’ rainfall, owing to the constant rain spells. In the same period, Sikkim and Manipur experienced ‘excess’ rains; Nagaland and Arunachal recorded ‘normal’ rainfall; while Tripura and Mizoram have witnessed ‘deficit’ precipitation.
As the severity of rainfall has decreased in most parts of North East India, there have been marginal improvements in the flood situation of Assam. However, the North Cachar Hills and the Barak Valley have suffered extensive damages and experts believe it will take months for the regions to return to normal. Similarly, parts of Arunachal Pradesh, including the capital Itanagar, witnessed landslides and loss of water supply. Manipur and Nagaland have also reported floods and landslides.
East Mojo