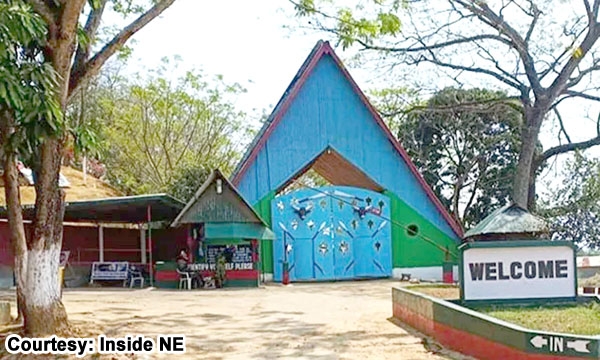 Kohima, May 30
The all important Emergency National Assembly of the Isak-Muivah faction of the National Socialist Council of Nagalim (NSCN-IM) will be held on Tuesday at General Headquarters Church, Naga Army, at Hebron Camp, the designated camp of the dominant Naga group near Dimapur.
In a circular, the NSCN (IM) asked eight categories of its members to attend the Emergency National Assembly which is significant given the Naga peace talks.
The NSCN (IM) of late has categorically said that "the Naga National Flag symbolises Naga political identity and it is not negotiable."
A source close to the dominant Naga outfit on Monday told IANS that the ongoing peace talks would be the key agenda of this meet.
In the editorial of its latest news bulletin 'Nagalim Voice', the outfit said it is unthinkable for NSCN (IM) to accept the Naga National Flag as a cultural symbol as hinted by the Government of India.
After signing a formal ceasefire agreement with NSCN (IM) in 1997, the Central Government has held more than 85 rounds of negotiations with the NSCN (IM) and other Naga groups.
However, the NSCN (IM)'s insistence on a separate Naga Flag and Constitution have become a big hurdle in the way of resolving the Naga issue.
The former Interlocutor and then Governor of Nagaland, RN Ravi had rejected these demands repeatedly.
The editorial of the May issue of Nagalim Voice, referring to the Framework Agreement signed on August 3, 2015, expressed: "Today, NSCN is watching how Prime Minister Narendra Modi is going to handle Framework Agreement with NSCN and Naga people that he himself took so much pride in and credit for."
"When the high profile Framework Agreement was signed, Modi went histrionic as he called up all political leaders who matter to announce that he has solved the longest running insurgency movement in Southeast Asia.
"The world at large was, however, not impressed and waited to see how he would match his words with action acceptable to the Naga people," it read.
After Ravi was transferred to the gubernatorial post in Tamil Nadu last year, former Special Director of the Intelligence Bureau, AK Mishra was appointed for the Naga peace talks.
Mishra visited Nagaland twice since September last year and held a series of meetings with all stakeholders.
Mishra, during his first visit to Nagaland discussed the Naga issue with Assam Chief Minister Himanta Biswa Sarma too, who is also the Convener of the North East Democratic Alliance (NEDA), the North East unit of the National Democratic Alliance (NDA).
Mishra, in his second week-long visit from April 18, met Nagaland Chief Minister Neiphiu Rio, leaders of the NSCN (IM), Naga National Political Groups (NNPG), core committee on Naga political issues, as well as the Naga civil society and discussed the matter.
IANS