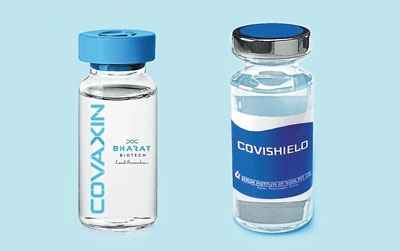 New Delhi, May 5
A year after the deadly Delta wave of Covid devastated India, Adar Poonawala, the chief of the Serum Institute of India, has told NDTV that while things may be better, "we are not out of the woods yet" and boosters will be essential to take at least once this year.
The Serum Institute (SII) has produced the Covishield vaccine in India, which is the same as Oxford's AstraZeneca vaccine in the UK. The other vaccine produced by the SII, Covavax, will be available to all above the age of 12 in a few says, said Mr Poonawalla.
In an exclusive interview to NDTV today, Mr Poonawala said one should not become "too complacent too quickly about Covid," and added that "vaccine fatigue" appeared to be a key reason why the booster drive was seeing a poor response.
At the same time, the "fear factor about Covid is less," he said.
Pointing out that it is important to give boosters to the people "at least once this year", he said the long-term protection from booster is "much more than dose 1 and 2".
The Centre is considering reducing the gap for booster shots from nine to six months. The announcement, he said, might be made in the next few weeks. For vulnerable people, booster should be given in 6 months".
The vaccines in India have shown excellent protection, up to 9 months or more, he said, adding that hospitalisations in the West not gone down as much as in India's. Also, the recoveries abroad have been "slower, partly due to their vaccine choices".
The Serum Institute, Mr Poonawalla said, has applied for Covavax use in children under the age of 12.
"Covavax will be available for all in a few days. It is yet to be available on the Co-Win app.
It has been approved for the first and second doses and not as a booster," he said.
Covavax, he said, has given excellent results as a vaccine and a booster, more than 90 per cent efficacy. "Mixing and matching vaccines will make things easier… studies going on to see efficacy of mixing vaccines… experts should decide," he added.
Asked how long it would take to make a new vaccine against a new variant, Mr Poonawalla said if it is Omicron specific,  it can be done in three months, since work on this had already started.
"For a new variant, we need six to seven months for a new vaccine to be approved, much shorter than 12 months for original", he said. NDTV