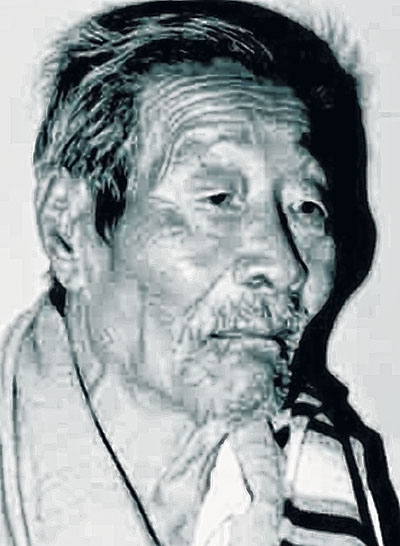 This article is in memory of the great dramatist as well as a versatile genius, Padmashree GC Tongbra, who plays a significant role in Manipuri Theatre in relation to his 26th Death Anniversary.
The late dramatist, whom people revered as “Oja Tongbra” is a well known name in every household and he is also known as the ‘condensed form’ of Manipuri theatre, literature and culture who contributed in bringing up a Modern Manipur. In addition to this, there would be no argument against the claim that he was responsible for bringing the phenomenon of Modernism in Manipur after 1940.
So, to analyse his life and works, his contribution and different studies on him would be never ending. However, the article attempts to revisit the new revolutionary change and the new contemporary experimental theatre that Oja introduced in Manipuri Theatre. It further seeks to highlight how he used theatre as a powerful tool against socio-economic condition, socio-cultural tradition and situation and with this tool he torched a war of theatre against the prevailing system.
After the independence of India, the theatres across the country were influenced by the strong Leftist movement. In that Leftist movement, theatre became a powerful instrument for propagating mass opinion and it had a great impact in every part of the country. While the pace of urbanisation was slow and the literacy rate was low, theatre played a significant role in spreading awareness to the masses.  During that period, Oja Tongbra was a great interpreter who analysed the prevailing social situation of our land minutely and displayed it in his plays. He is also the pioneer of regional theatre in Manipur which had just begun in Indian theatre.
Oja Tongbra is one of those who was well fluent in English dramas. That is why his works were greatly influenced by the famous contemporary western writers and directors. Because of this, many amateur theatre clubs were established in Manipur. The difference from now is that the theatre workers during those times were unusually sincere and dedicated to their works and they were wholly committed to the cause.
To write a brief note on the political climate of that time is that after the merger of Manipur as one of the Indian States and the revolution of Jana Neta Irabot, around 1968 there was a new political movement for Pan Manipuri Youth League.
Oja Tongbra started writing plays following modern psychological format and socio-political format. That is why, it can be said that he is also the founder of contemporary and Manipuri Experimental theatre.
When we try to define the characteristics of the modern Manipuri theatre of that period what we need to include are the baggage of common ideology which was a result of political anxiety transmitted by the elites of that period, alienation, suppressed voice that wanted to protest, questions on our identity that wanted to construct the lost culture.
The attempt to include all these in the theatrical framework leads to GC Tongbra and his iconoclastic stature of using theatrical language in an unusual way. He created a unique form of Manipuri theatre by using unusual sense of song, drama and humour. It is worth to discuss if his theatrical concept was in- fluenced by Ibsen, Bernard Shaw and Beckett and also if he established a revolutionised Manipuri theatre that was based on Leftist political socio-cultural ideology.
There is no doubt that there is a strong anti-establishment element in the theatre of Tongbra. What he pointed out in his plays are our real problem such as political hypocrisy, injustice, power politics, corruption, common man’s struggle, oppression, etc. Again, his sense of belongingness is of utmost level.
Out of the plays that he has written on political issues and protest, the play that has left quite an interesting story would be Leibak Houba Aandolan (1960). Because of that play, he was put under police custody for two days while the play was banned. It is interesting as well as amazing to note the ways with which he experiments with language.
Conventional plot, allegory, comedy, naturalism, and expressionism: these all constituted his plays which amaze us. Regarding the experiments in language, Oja once said: “...I was ordered by the police to bring the story (Leibak Houba Aandolan) scene by scene. I intentionally made changes in the dialogue thereby making it difficult to translate and met the then SP L. Gopal. Six translators were employed. They could not find any evidence to convict me...” Thus, like the French playwright, Dura Marguerite, he started experimenting with slightly stylised language.
One of the unique elements of Oja Tongbra’s plays is his allegorical form which is “story within a story” or “play within a play” form. There are two interpretations of one story. Dialogues too seem to be written in simple style but there is again another meaning to it.
In conclusion, what I want to highlight regarding the philosophy and concept of the theatre of Oja Tongbra is that he is a playwright who wants to propagate his ideas using theatre as a means. He firmly believed that what was most important in his plays was idea and his concern was to translate that idea into play.
He rejected the concept of imitation of reality. Instead he created his own reality on the stage. To analyse all the great works of his would be an impossible task. This article is just a personal narrative and my small tribute to him.