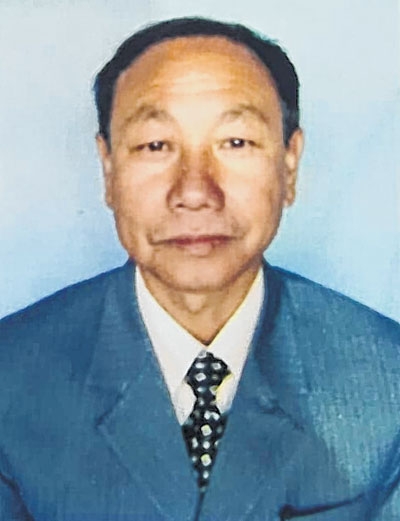 By Our Staff Reporter
IMPHAL, Jun 22 : Condolences poured in from various quarters over the sudden demise of former coach/referee  Tourangbam Purnachandra Singh at his Uripok Tourangbam Leikai residence on June 21.
Expressing deep condolence over the passing away of the former coach, the All Manipur Football Association prayed for his soul to rest in peace. It also shared the sorrow and grief of the bereaved family.
In a condolence note, DSA Kakching also mourned the passing away of Purnachandra who was former general secretary of Imphal West District Football Association and former coach of the district association.
Praying for the departed soul's everlasting peace in the heavenly abode, DSA Kakching also shared grief of the bereaved family.
Youth Affairs and Sports Employees Association, in a condolence note, expressed shock over the demise of T Purnachandra.
The association also recalled his contributions in shaping the future of many players as a coach of the Youth Affairs and Sports Department and the Principal of National Sports Academy.
The members also observed two-minute silence as a mark of respect to the late soul at the association's office at Khuman Lampak and prayed for his soul to rest in peace, the note continued.
The Tiddim Road Athletic Union (TRAU) also expressed condolence over the passing away of former coach Tourangbam Purnachandra.
The presence of Purnachandra, who was also former Assistant Director of YAS (Training and Coaching) and ex-India coach will surely be missed, TRAU said in a condolence note.
He was a truly lovable and kind person and words may not suffice to express the heartfelt sorrow the union felt, it said while offering condolences to the bereaved family.
Imphal West District Football Association (IWDFA) also mourned the demise of its former general secretary and recalled the invaluable services rendered by him during his lifetime towards the development of football.
The members of the association also observed two minute silence praying for his soul to rest in peace, said IWDFA in a condolence note.