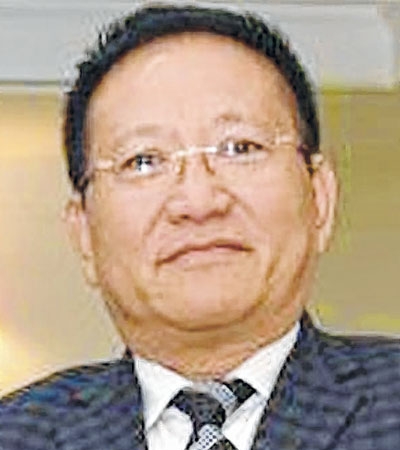 KOHIMA, Jun 6
Former Nagaland Chief Minister and Chairman of the UDA Government in the State–TR Zeliang has clarified that the much awaited Naga peace accord “won’t be inked secretly”.
“One should not believe that such a complex and sensitive issue will be inked secretly and imposed on our people,” TR Zeliang said in a video statement.
“As desired by the Naga people, we trust and believe that once the negotiating parties have arrived at a common ground, they will surely consult all the tribal leaders and the State Government before inking the final accord,” Zeliang added.
Zeliang also asked the political leaders in Nagaland not to make any “loose remarks” that may adversely impact the Indo-Naga peace talks.
The former Nagaland Chief Minister asked “all right-thinking Naga leaders to refrain from putting forth statements based on personal speculation of the Indo-Naga political issue”.
“Over-ground Naga leaders who are under oath of allegiance to the Constitution of India must restrain themselves from making loose remarks on the matter,” Zeliang said.
Zeliang added that “various varied debates” on Indo-Naga political issue have “resulted in misunderstanding and confusion with regard to the Naga political solution.”
The former Nagaland Chief Minister also urged the Centre as well as the Naga negotiating groups to not back out from what has been committed, in writing and otherwise.
“Both parties should not back out from what has been committed to each other so that the Nagas can expect the talks to come to a logical conclusion at the earliest,” Zeliang said in the video message.
“UDA wants that all Naga Nationalist groups are part of the long-awaited peace accord in order to not repeat the mistake of the past. Any unwarranted statement made by Naga leaders, which is outside the parameters of ongoing negotiations between Naga negotiating groups and the Government of India, will mislead the Naga people before the draft agreement is formulated by the Government of India and placed before Naga leaders,” Zeliang further said.
NE Now