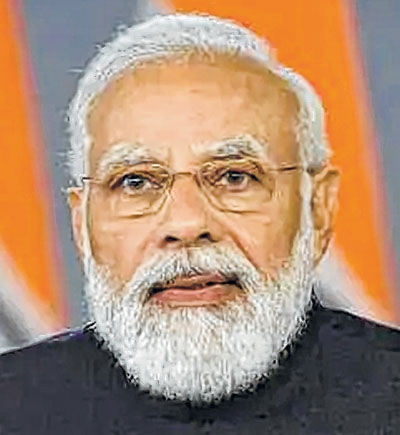 NEW DELHI, Jul 6
Bharatiya Janata Party (BJP) legislators and leaders from the North East have been tasked by Prime Minister Narendra Modi to expand the party’s base in Kerala by reaching out to the Christian community and removing the misconception that it is only a Hindu party.
Sources said that speaking at the National Executive, PM Modi instructed these leaders to hold conclaves in Kerala to reach out to people from the Christian community. This also indicated the party’s willingness to enter into a larger Hindu-Christian alliance in Kerala for electoral gains in the State.
“We need to project and make people aware of the diversity of leadership in the BJP; how we come from various religious backgrounds and are not just confined to one faith as is being projected by our political opponents. This needs to be done so that people can see our diversity of leadership,” a senior leader said.
With most BJP leaders from the North East coming from the Christian denomination, the party hopes to reach out to the community in Kerala through them. Through this move, the BJP also hopes to counter the Congress and Communist propaganda against it regarding its affiliation only to hardline Hindutva.
The attempt will also be to connect with such populations, dominated by Christian community, in North East India, Goa and Kerala, sources said. BJP president JP Nadda took the suggestion and said the party will take the initiative, sources added.
At the party’s National Executive meet, held over the last weekend in Hyderabad, PM Modi had asked BJP leaders to reach out to Pasmanda (most backward) Muslims and underprivileged sections in other communities. Sources stated that the party is going all out to identify such sections of society.
The PM had exhorted leaders at the meet that the party needs to take the cause of downtrodden in these communities and reach out to them. He had asked the leadership to experiment with different social equations in the State and see if the party could make inroads in the sections that have been voting against it.
Sources stated that this is being done as part of BJP’s plans to expand its footprint and vote percentage in these communities.
As part of the reach-out plan, the Assam Cabinet has also accorded indigenous status to five Assamese speaking  communities of Muslims this week.
Party sources stated that the move to reach out to the most backward in these communities has been proposed as it was felt that these populations had generally been overlooked by other political parties. “These communities have been used for their votes and totally disregarded while sharing political power or providing welfare measures to them," sources added.
News18