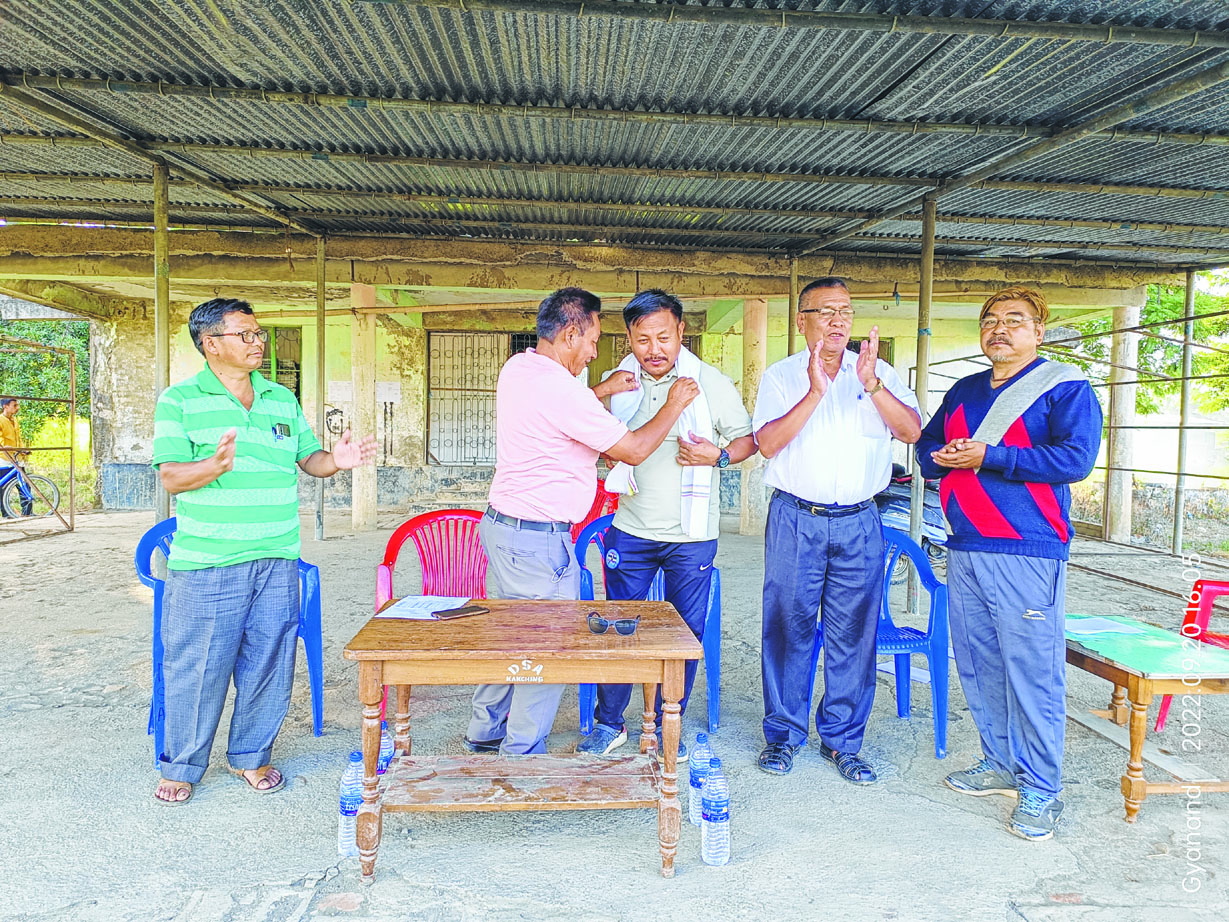 Our Correspondent
IMPHAL, Sep 20 : Moirang Magho who was recently appointed as the deputy chairperson of All India Football Federation Referees' Committee, Moirangthem Magho was accorded a warm reception by District Sports Association, Kakching today.
During the programme held at the DSA Kakching office, M Magho who is also a FIFA Assistant Referee was presented a shawl by DSA Kakching president Ksh Ibobi as a mark of appreciation and encouragement.
Speaking at the occasion, DSA Kakching's secretary Moirangthem Nilo stated that it was a proud moment for Manipur and North East to see the appointment of Magho as the  deputy chairman of the referee's committee of the National body of football.
Such a move will add more teeth to the AIFF's cause of further rising standards of football in the North East States, he added.
Moirangthem Magho also noted that he felt very fortunate to be a part of the Referee Committee from Manipur after a long gap of 24 years since the last representative of Manipur was part of the AIFF's sub-committee.
He also affirmed to work his best in line with the changing scenario of Indian football and help in furthering the cause.