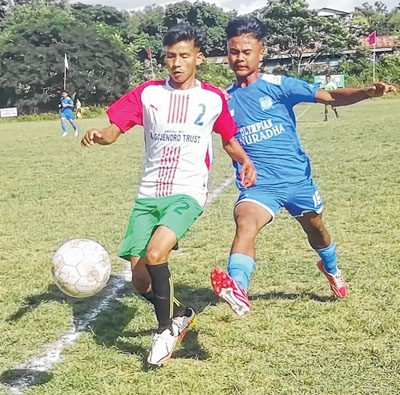 By Our Staff Reporter
IMPHAL, Sep 22: YWA Ningthoukhong had a narrow 1-0 win over TYDA FA Toubul today at the ongoing 16th (late) N Balananda Singh Memorial 2nd Division Football League 2022-23 organised by the District Sport Association Bishnupur.
In the match between YWA and TYDA FA at Bishnupur mini-stadium, H Sanathoi scored an early goal in the 12th minute of the game to give YWA a 1-0 lead.
With the first half ending in favour of YWA, TYDA FA tried to level the score but a cautious YWA gave no chance and stood their ground till the end of full-time.
Sanathoi's goal was the only goal of the match as it ended in a 1-0 win for YWA.