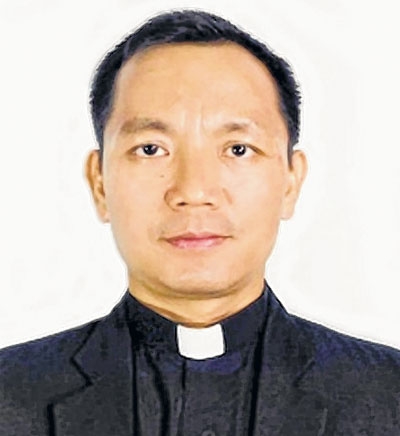 Fr Paul Lelen Haokip
North East India (NEI) consists of Arunachal Pradesh, Assam, Manipur, Meghalaya, Mizoram, Nagaland, Sikkim, and Tripura, inhabited by more than 200 tribes with distinct customs and cultures. The North East region constitutes 7.9 per cent of India’s total geographical land expanse (Rizal & Asokan, 2013). Each community in the region have their own ethnic aspirations for progress and self-determination. North East region provides unique indigenous habitats featuring diverse biota existence (Chatterjee et al., 2006). NEI is a tourist destination adorned with natural landscapes, rivers, waterfalls, cultural distinctiveness, biodiversity, flora and fauna. In this multicultural scenario, homogeneity and peace are costly values to achieve. The multi-facets of culture, geography, festivals, music, and food make NEI a social mosaic of beauty. While there is much diversity, there are also competing trends toward sectarianism. The role of teachers has become of utmost importance to impart holistic education in an era of exclusive ethnic consciousness and rampant corruption.
Cultivation of Value Based Education (VBE)
Along with academic excellence, we must instil ethics in the students’ minds. The ethical sense can gradually develop through VBE. Education without value can produce an extreme profiteering mindset or develop weapons of mass destruction. Therefore, VBE is a must, and each education board should include it in its curriculum. Unfortunately, the education system inherited from the British model has continued to stay on Indian soil. To sustain academic superiority, we have gone further in competition for ‘marks’ than ‘skills’. It is a fact that many graduates with certificates are unfit for employment. Various companies are giving elaborate training to make them fit for some skill-based work. Today, we need humane skills of love, forgiveness, peace building, communication, conflict resolution, and care for the environment. We should realize that each individual can do something, but when we work together as a community, we can achieve much in building a value-laden society.
Constant tension in NEI
Lack of values leads to egotistic and anti-social behavioural patterns. Value deficit society ends up in turmoil. Teachers know history, geography and the future of the world. As elders, it becomes their duty to educate, enlighten and influence students to think bigger than their small communities. The constant tension between States and intra-State ethnic clashes are detrimental elements obstructing NEI’s progressive trajectory. Most of these tensions are human-created and directed toward the selfish ends of a few or a group. Security of persons and property is a major concern in NEI, apart from an infrastructure deficit, communication blocks, and geographical isolation. The result of tension affects everyone in society. Unfortunately, violence and bandh culture adversely affect the image of NEI in the National and global forum. The constant tension between the Governments and Civil Society Organizations (CSOs) also threatens daily wage earners and the student community. The secessionist inclinations of various groups picture NEI as a dangerous ground where the AFSPA thrives.
There is hidden slavery in NEI where groups dictate, and ordinary people have no option but to oblige grudgingly. A fear psychosis exists in the minds of people. The existence of fear is an open secret which is rarely exposed. In this existential reality, the celebration of national Independence Day may not make much meaning to those victims of slavery, coercion, and throttled political voice. In this juncture of life, teachers must inculcate a sense of belongingness to mother India and bring in the sense of love and equality before the law of the land. Each student must be oriented to see the bigger picture of community existence rather than mere selfish individual survival.
Possibility for tourism in NEI
Given the natural extensions of the Himalayan hills and valleys, the NEI stands out as an attractive destination for tourism. Domestic tourism is a primary revenue source for most North East States. In 2008, the then Prime Minister, Manmohan Singh, released the Vision 2020 document that earmarked infrastructure-led tourism expansion as one of the prime hopefuls for revenue generation (Duarah & Mili, 2013). The recently concluded North East Festival (NEF), Bangkok 2022, saw more than 50 tour operators and officials from North East India trying to establish bilateral ties with Thailand (The Print, 2022). Cultural festivals such as NEF aims to showcase North East to the world and attract tourists to NEI. To further enhance the interstate relationship, each State could organize tours to learn about other cultures, cuisines, and policies. This exercise would enlarge the mindset of those who travel and also establish interpersonal relationships between people of different States.
Teachers’ role
Teachers have the power to influence. Power is the ability to direct or influence another person’s behaviour or course of events. There is a need for teachers who possess holistic education with a global mindset. Herbert Spencer’s law of social evolution advocates a movement from simple to complex and homogeneity to heterogeneity that allows multiculturalism to thrive. Sectarian and myopic-oriented teachers can harm the minds of students than do good. There should be stringent ways to recruit teachers, especially in the higher education sector.
Academically sound and broadminded teachers can influence students’ minds to be peaceful and progressive. Knowing and accepting that NEI is multicultural and unique in many ways, students should be groomed to become global citizens who are concerned about environmental issues and strive for peaceful coexistence. The future of society lies in the formation of students. Teachers directly influence students. Teaching can make or destroy society.
A massive responsibility lies in the hands of teachers – to construct or destroy humanity. The absence of proper guidance can jeopardize the beauty of NEI’s multicultural nature and perpetuate tension. ‘Nothing is permanent except change’, said Heraclitus. Let us hope that tension is also changing, corruption is decreasing, and holistic education is blooming. We expect constructive changes to emanate from teachers and students picking up VBE and that society thrives. Teachers can give new directions to society. The writer is a PhD scholar in Sociology and Social Work at Christ University, Bangalore