CADA sticks to no legalisation stand 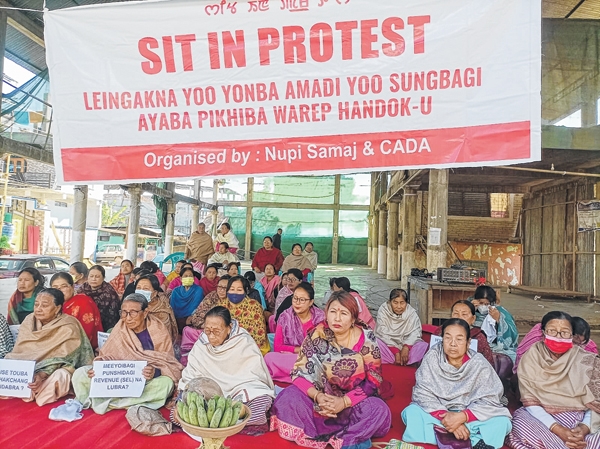 IMPHAL, Jan 4 : The Coalition Against Drugs & Alcohol (CADA) staged a sit-in protest today at Irom Pukhri Mapal Community Hall under Imphal West as part of their ongoing democratic protest demanding a roll back of alcohol legalisation.
As per a statement, the sit-in protest was organised by CADA in association with All Manipur Women Social Reformation & Development Samaj (Nupi Samaj) and Irom Pukhri Mapal Linthoingambi Chaokhat Thourang Nupi Lup.
Speaking by the sideline of the protest, Irom Devarani, president, Irom Pukhri Mapal Linthoingambi Chaokhat Thourang Nupi Lup asserted that as a mother and a 'meira paibi' the Government's decision to partially lift the prohibition on alcohol is unacceptable.
"Coming from a household that has been affected by substance abuse, I am well aware of its repercussions and urge everyone to join in taking a stance against drug and alcohol abuse", she added.
Lastly, she appealed to the State Government to revoke the decision to legalise alcohol.
During the course of the sit-in protest, the protestors raised slogans such as "Alcohol legalisation cannot be implemented in Manipur", "Revoke Government's decision to legalise alcohol" and "Save the people of Manipur from alcohol abuse".