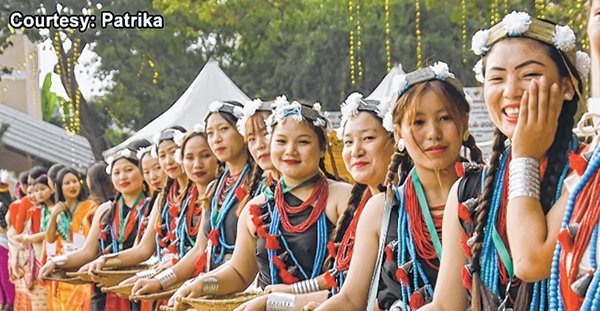 Chennai, Jan 4
The Nation’s perspective of the North East has changed with the passage of time and those States have now become part of India’s growth stories, Tamil Nadu Governor RN Ravi said on Tuesday.
The North East States are now part of the “stories of rising India” as they are bubbling with capabilities and aspirations towards developments and advancements on par with other regions of the country, he said while inaugurating the Octave 2023–a festival being held under the aegis of the South Zone Cultural Centre, Thanjavur, to showcase the indigenous art and culture of the North East India, here.
“Now, their regions are no more trouble area as narrated in the past due to misunderstanding about the finest of our people. Even the Nation’s perspective of the North East has changed now,” the Governor said.
The North East people are most talented, innocent, emotional with full of energy and enthusiasm, the Governor, who is the Chairman of SZCC said and added the people of North East bound with culture, art and spirituality have been resourceful in contributing to Nation’s development.
Ravi urged the participants of the festival to make use of the opportunity to visit Tamil Nadu and Chennai which is spiritual and artistic capital.
“Tamil Nadu is highly rich in culture and have been manifested with music, dance and fine arts,” he said and called upon the people of Tamil Nadu to witness the festival and glimpse the North East through their music, culture, cuisines besides enjoy the performances of North East artistes. “Those from Tamil Nadu should visit the North Eastern States, the beautiful land, and enjoy the flora and fauna with diversity,” he urged.
Assam, Meghalaya, Mizoram, Nagaland, Sikkim, Tripura, Manipur and Arunachal Pradesh are among the participating States in this festival being held under the aegis of the SZCC, Union Culture Ministry, at the Open Auditorium, Bharatia Vidyashram, Kilpauk Garden Road, from January 3-6.
Cultural programme will be staged on all days from 6.30 pm to 9.30 pm. Craft fair and food festival will be held from 5 pm to 9.30 pm.
Principal Secretary, Tourism and Culture B Chandra Mohan, Principal Secretary to Governor Anandrao V Patil, Director of SZCC KK Gopalakrishnan, Chairman of Bharatiya Vidya Bhavan, Chennai, N Ravi, and Director of BVB K N Ramaswamy, were among those who participated.
PTI